Hiphop heads! Get ready for the highlight of your summer as two of the biggest rappers in the world right now, Drake & Future, head to Wells Fargo Arena! Longtime friends and collaborators, they're embarking on the co-headlining Summer Sixteen Tour, and they'll be touching down on Tuesday 4th October 2016 for a night of bangin' beats, slammin' rhymes and party vibes!!! 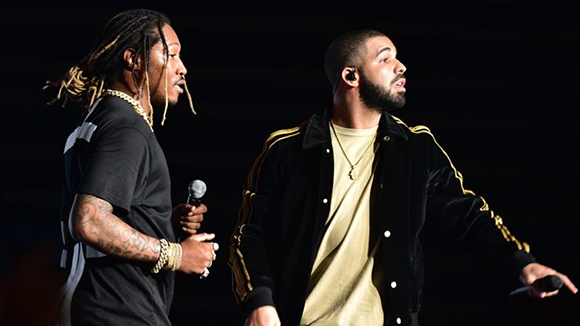 Drake is a Canadian rapper, singer, songwriter, record producer and actor, who released his first mixtape, Room For Improvement, in 2006. Three years later, he released his third official mixtape So Far Gone, which brought him mainstream success and was a stepping stone to him signing with Lil Wayne's Young Money Entertainment later that year. His debut studio album, Thank Me Later, was released in 2010, and went straight in at at number one on the U.S. Billboard 200, subsequently earning platinum certification by the Recording Industry Association of America (RIAA). Drake's second studio album, Take Care, is his most successful to date, topping the charts in the United States and Canada, and earning a Grammy Award for Best Rap Album. Views, his fourth studio album, was released in 2016.