One of the biggest acts in the world right now, Ed Sheeran comes to Wells Fargo Arena on Friday 30th June 2017 for a night of unforgettable entertainment! Hitting the road again to promote the album that launched the hit singles "Shape of You" and "Castle on the Hill", Sheeran will be joined on tour by fellow British troubadour James Blunt! 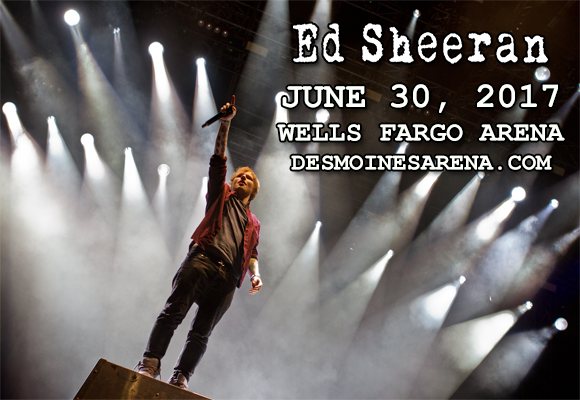 Often cited as an “overnight” success story, English singer, songwriter and record producer Ed Sheeran took the world by storm with his seven-times platinum debut album “+” (2001). Since then, Sheeran has become one of the biggest successes of modern pop, earning several Grammy and Ivor Novello Awards along the way. His most recent album went straight to number one in the UK, the US and other major markets. Its two lead singles, "Shape of You" and "Castle on the Hill", broke records by debuting at the number 1 and 2 spots in the UK, Australian and German charts, and lead to Sheeran becoming the first artist to have two songs debut in the US top 10 in the same week.