Hard Rockers, Five Finger Death Punch teams up with Country Rock star, Brantley Gilbert for the ultimate Fall Arena Tour! Coming to Wells Fargo Arena on Wednesday, December 7th 2022, they will also be joined by Canadian country singer Cory Marks. Get your tickets right here for the ultimate crossover event in music, this is also not the first time you will have heard these two playing together, back in 2019 5FDP and Brantley Gilbert collaborated on the remake of Kenny Wayne Shepherds song, “Blue on black,” which also featured Kenny Wayne Shepherd himself and the legendary Brian May, creating a multiple cross genre collaboration which became a number 1 hit, and was a great way to support the Gary Sinise Foundation, to benefit first responders. 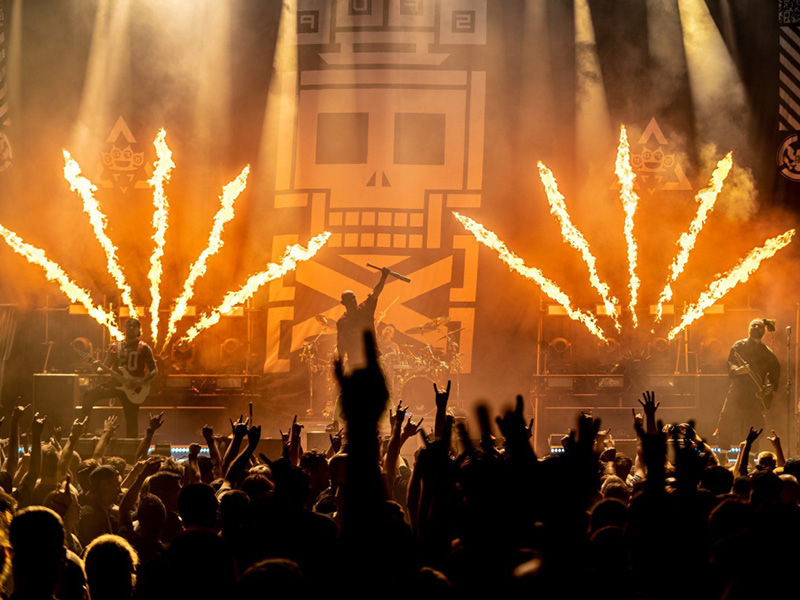 Five Finger Death Punch released their latest and ninth studio album, AfterLife, on August 19, 2022, featuring the singles, "AfterLife," "IOU," "Welcome to the Circus," and "Times Like These". The album cements the band's position as one of the most sensational rock acts of the last 15 years. Over the course of their previous eight studio albums, the band has sold more than 5 million records and 11.2 million digital songs in the U.S. alone, granting them six gold albums and four platinum records to date. In terms of sheer consumption, Five Finger Death Punch are the 3rd biggest hard rock band, amassing over 8.6 billion streams, and putting them right behind legendary bands Metallica and AC/DC.