Iowa, Bocephus fans! Are you ready for the one and only Hank Williams Jr.'s concert at the Wells Fargo Arena this June 17? Well, you have to be because there is no stopping the Country Music Hall of Famer from bringing his brand of Southern country music to Iowan fans. Together with his special guest, Riley Green, Hanks William Jr. will put you in a Country Music State of Mind in this concert that will bring some blues, rock, and authentic country back to country music. Get your tickets now, and let Bocephus make your summer hotter. Click on the "Get Tickets" button to secure your concert tickets here! 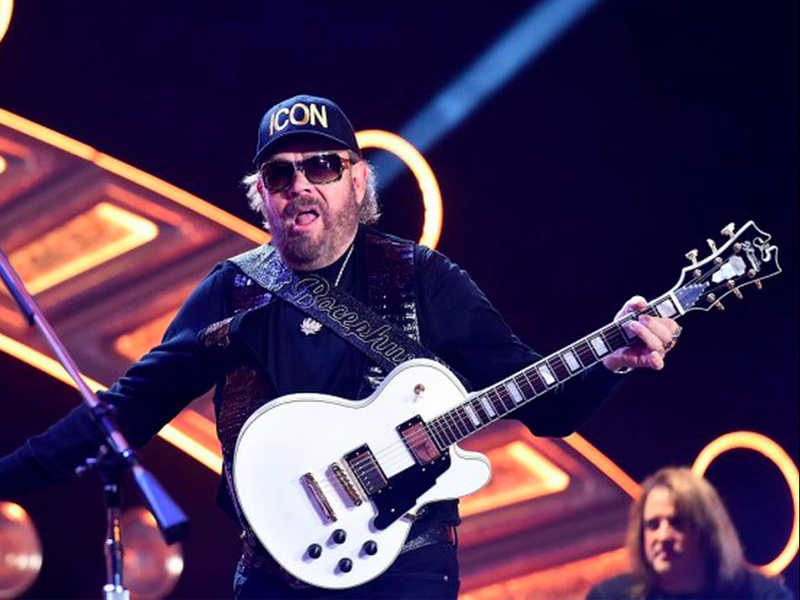 As a pioneer in bringing arena rock production values to the country music scene, Hank Williams Jr. sits among the greats in country music. His brand of country outlaw and Southern rock blues music
With over 70 million albums sold, 20 RIAA Gold-certified albums, and membership to the elite Country Music Hall of Fame, he is undoubtedly earned the right to be alongside one of the sought-after legends in the industry.

Over the years, Hank Williams Jr. has enjoyed a hugely significant amount of following from fans who enjoy his brand of Southern rock country music and his concerts that are packed with unparalleled live performances. He remains one of the most consistent ticket sellers in music, as generation after generation gets turned on to one of the most dynamic live performers ever to take the stage.

Hank Jr. has given the country music world one hit after another throughout his career. He is most known for his songs like "All My Rowdy Friends Are Coming Over Tonight," "A Country Boy Can Survive," "Family Tradition," "There's Tear in My Beer," "Country State of Mind," and "Born to Boogie," among countless others. He has also helped shape country music into what it is today with his rock influence and dynamic stage presence and production.

"It's about that time, and you better believe I'm ready brothers and sisters. We're bringing some blues, some rock, and some country back to country," Hank Jr.'s statement as he announced his limited tour this 2022.

In his Wells Fargo stop, he will be joined by the country newcomer Riley Green. Although relatively new to the country music scene, Riley Green proved himself as one of the artists to watch out for after being presented by the Academy of Country Music with the "New Male Artist of the Year" Award for 2019. With the inclusion of Green in Hank's show this year, we can expect nothing but a great concert experience from one of country music's gems. So click on the "Get Tickets" button now and prepare for one of country music's most incredible nights! See you there!